iNsingizi’s 2km-long drive to the lodge, known as the “Red Brick Road”, was built in the year 2000 by the late Albie Reid, who personally laid every brick by hand, 10 metres a day, at the advanced age of 75!

It took him roughly 10 months to complete. Albie was an invaluable asset to the iNsingizi team and shall be remembered dearly for his contribution, which is sorely missed.

A chapel Baptised in Water

iNsingizi’s wedding chapel was conceived from an epiphany the Dohne family had while staring at the farm dam closest to the lodge. “Standing looking at the dam one day we thought it would be lovely to build a deck under the fig tree for drinks at dusk, but then we thought we could make it bigger and put a couple of dining tables on it,” says Nigel Dohne, founder of iNsingizi Lodge & Spa.

But, once the deck was erected, just as Michelangelo saw the promise in a slab of marble before carving his statue of David, they saw even greater potential in it.

Soon, their initial idea of a dining and drinks venue had grown legs to, “why don’t we do wedding ceremonies on it?” They set about planning a new and bigger structure, but there were space limitations with its original positioning, so they moved the site to the other side of the dam where it’s now located.

However, before they could put the foundations in, they needed to drain the dam a few times. Having overcome that challenge, they managed to source some Tamboti timber and build the unique chapel that has since witnessed countless “I do’s”. Today, that chapel holds special memories for hundreds of couples. 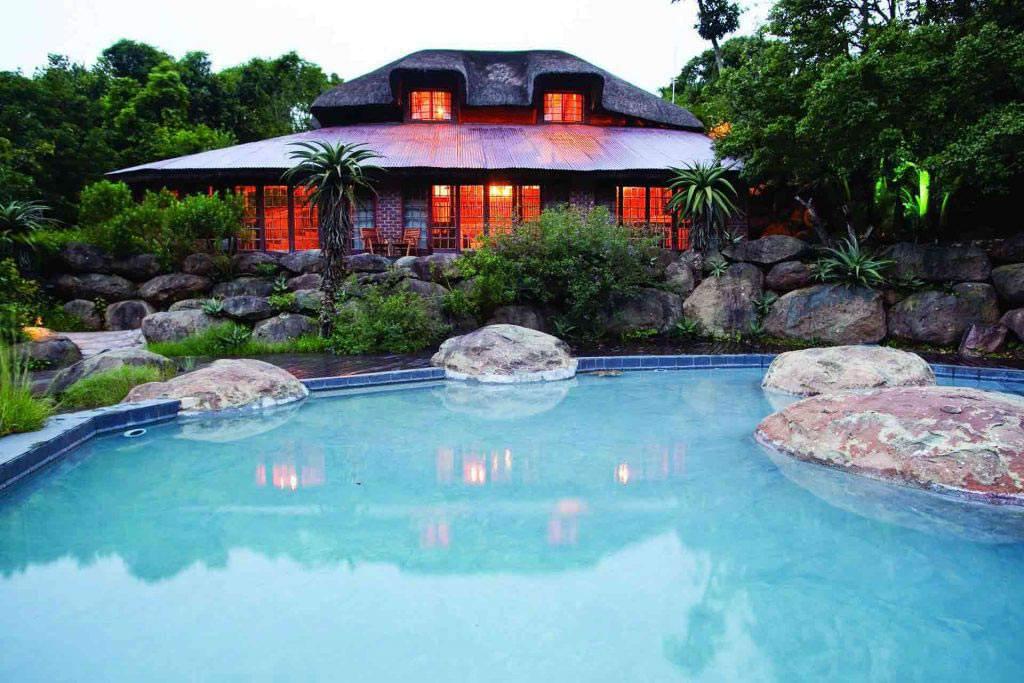